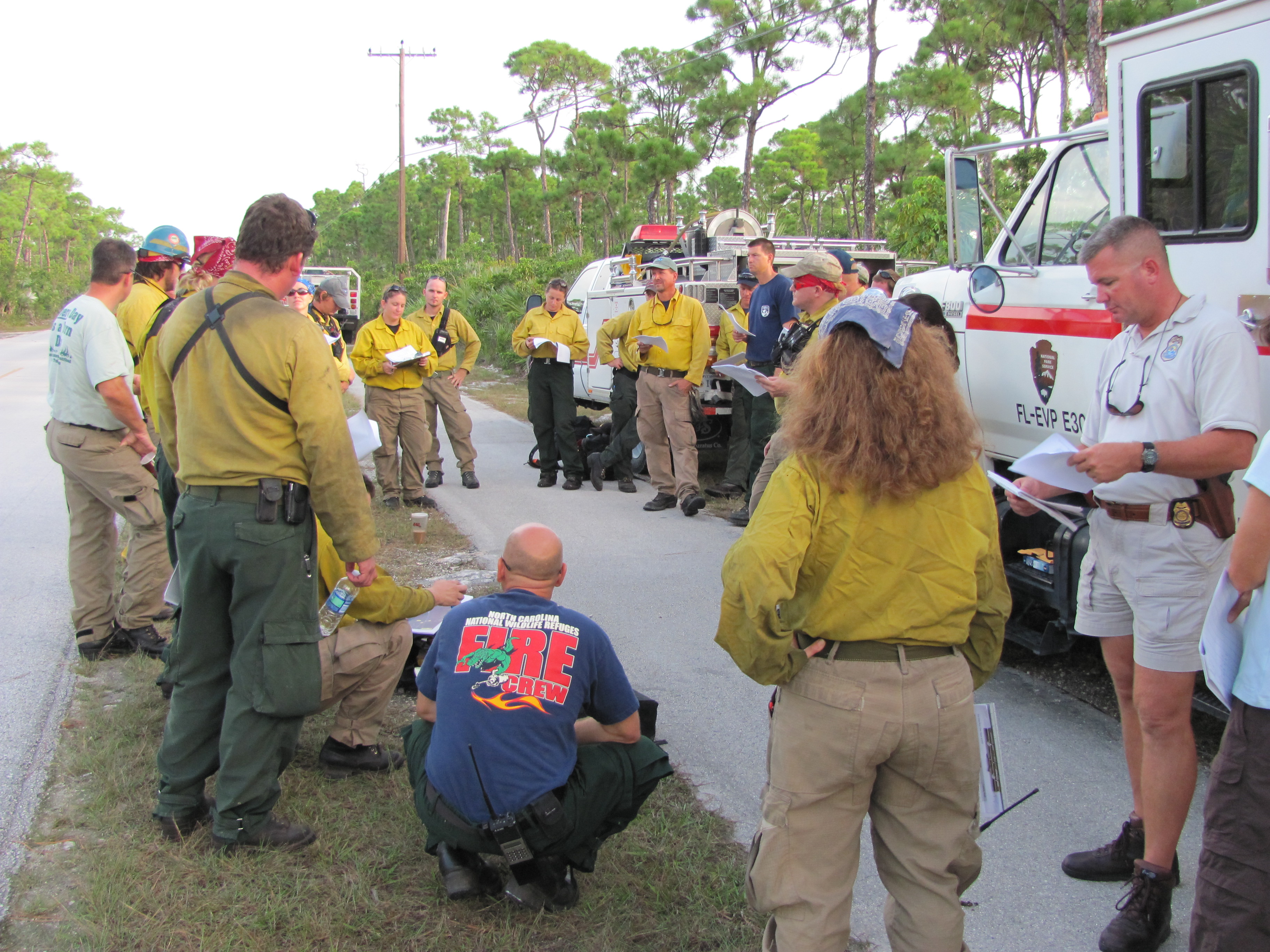 Your team, your style.

We spend a lot of time on leadership skills by working in and leading teams. Have you ever walked into a new team and sensed a personality or common energy? Maybe you walked into a group and felt welcomed right away. Another was quiet or focused. Others have some kind of tension or awkwardness about them. Sometimes you walk into a room that is full of laughter.

The character you sense in a team can be a direct reflection of the leader’s personality. Understanding that is one way to frame how to adjust your style – model behavior you want to see – to improve the performance of your team.

Observations from the Field

Here’s an example. Early in my career, I supervised a 20-person crew. They came to thin vegetation along the boundary of Great Smoky Mountains National Park and a gated subdivision. This type of area is what we often refer to as the Wildland Urban Interface (WUI). When we manage the forest through thinning and prescribed burns, it helps reduce the risk of a wildfire coming into the park from the adjacent houses or vice versa. The intent behind this type of work is described through the National Cohesive Wildland Fire Management Strategy.

The crew was divided into two modules, each with a captain. We’ll call them A-mod and B-mod in this story. As they worked, I started to notice patterns in their performance. For example, A-mod was always the first to brag about how many acres they had thinned on a given day. In comparison, B-mod devoted a saw team to going back through and fine-tuning their work before moving on to the next area. When they were thinning, A-mod was having more difficulty with falling their trees than B-mod. It became clear that this was due to rushing – because they framed success by quantity where it became clear that B-mod’s metric was quality.

This crew was visiting for a month to work at the Smokies and part way through they took some days off. The first night, five of them were arrested for a variety of issues – from public drunkenness to felony assault. And wouldn’t you know it, the majority were from A-mod.

This brought me to reflect, as something of this magnitude might bring you to do. I recognized how the different module captains interacted, spoke, worked with their crews and generally looked at their work. The captain from B-mod had been through a serious accident that set him back physically – he had to relearn to walk – and yet here he was, leading a group in the field again. He was very self-aware, patient and easy to supervise. The captain from A-mod was very competitive, intense – fun to be around but when he disagreed, he was difficult to supervise.

How do you affect your groups?

The modules – their rhythms, their definitions of success – very much reflected their captains. Even after the crew had gone home and our local workforce burned the piles later that year, we noticed the difference. The extra time and attention that B-mod put into their piles made them burn easily that winter. The piles A-mod made took more energy and time to burn.

I’ve come to describe what that experience taught me as leadership trickling down. Christopher Thomas’s post, 6 Lessons from a Successful Entrepreneur, provides a number of examples of inspiring leaders in business settings and how their character is reflected in their companies.

Becoming conscious of this pattern has helped me better understand team dynamics. It’s also helped me adjust them through my own behaviors. For example, I had a team that had a number of personality conflicts. I was friends with one of the individuals and had been sharing freely when we caught up in private.

While the content of those discussions stayed private, it very much affected the way she interacted with team members. I pivoted – reigning in what I shared, facilitating discussions from venting to constructive sensing. It worked.

In emergency management, we have established teams that respond to natural disasters. It is an efficient way to ensure that these complex missions are well supported. We call these incident management teams, and they are typically groups that function together for periods of time on a regular basis. These teams can be very large, upwards of 80 people. Even in groups of that size, the team dynamics reflect their team leader or Incident Commander or IC.

When I notice that the team works well together and is fun to be a part of, I make a point to acknowledge that to the IC. When they are struggling, I look for opportunities to coach and lead up.

Understanding this pattern and adjusting your style is a small component of emotional intelligence. Becoming conscious of these patterns and reframing how you approach teams can have a profound impact on process, products and — most importantly — people.

This article was originally posted to Govloop in December 2017.